Navigating a Revolution
​of Consciousness

In so many ways people are working for the welfare of humanity, for the welfare of the planet. And the number of people who want this has increased dramatically, until it has reached a tipping point, and it is moving in a different direction. Before, personal greed, individual or national or group dominance was the call of the day. But now there is a great, great universal movement on the planet, towards a one-human society, interwoven technologically, interwoven in distribution and travel.

A global society is forming. And that global society of people throughout the world want dynamic change. They want the balance and harmony with the planet they live on, the health of the planet they live on. They care about what happens to other living beings. This is a new paradigm—arising not from any leader, arising not from any nation, any quadrant, but arising out of the hearts and minds of people throughout the planet.

And it brings a new dawn, a new day, in which the values that are now arising as primary values of humanity, and the unity that is, across the globe, behind those values, that arises to a new level. And the psychic forces that are changing what is happening on this planet, what is happening with people, they bring change. The winds of change have hit the world, and as they move, there is movement. Movement causes destruction as well as construction.

You must destroy the old paradigm to allow a new paradigm. That is the way of such things. That is the workings of Prakriti. She builds and she destroys. She destroys and she builds. And the collective movement of people’s values, people’s intent, people’s interwoven connectedness and awareness of what happens all around them, all around the globe, is growing. And this is the Shudra revolution; this is the revolution of the people. 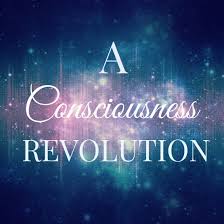 ​
People cry out in the streets for change. They want a more loving, compassionate, human-centered world, where all people have a voice and do not have to live in fear. In such times of dramatic change, there are those who hold to what was and try to preserve it: “Let’s go back to the past.” They are afraid of change; their fears need to be addressed. But they hold more strongly than ever to the values of the past. But their case is weak, because the collective movement of humanity, the collective flow of planetary energies is not with them.

This is a revolution, and you are all warriors in this revolutionary movement. It does not mean you need to be on the street; there are many ways—in your meditation, in your work, in all that you do—that you become a part of this dynamic change.

It will occur. It is occurring right now. You are in the middle of it. And this is a time when the nature of the spiritual self of living beings is taking a stronger hold, and the values that surround and move towards Parama Purusha, towards the infinite one, they are rising into the fabric of the society.

Love for all beings, compassion, care for the welfare of humanity and all living beings, these traits are coming forward. The desire to be in harmony with nature—that is rising. The spiritual essence of beings on this planet is emerging. There is light coming as the encrusted elements of thought and action begin to break apart. The true light of the inner self, the true light of divine being, arises, moves through the society, moves through the living beings, and the world changes.

You live in a great time, a time when there is opportunity to be a part of this opening, this light which is binding all living beings to each other in the love of universal Self. This is a deep time for meditation. The energies that are locked and stagnant around you are breaking apart. And when they break, the light shines through.

The light of the divine love and compassion for all beings is available, within you and around you. It is moving living beings; it is moving the society. Great movement occurs now. It is a revolution, and you are the harbingers of that revolution. You are a part and parcel of that revolution, because you believe in the divinity which lies at the heart of all beings, at the center of everything. Because you have touched that divine source, and you, in your meditation, bring it into the world, you bring it closer and closer to living beings.

And as that light grows and becomes closer to all beings, it affects them, it affects who they are, what they are, what they value, and how the society is run. It is a new day, a new dawn rising, but you are in the middle of the battle, in the middle of the revolution. Let the light of Parama Purusha, the light of that divine, infinite core of being shine in you and through you. Let it make you whole; let it make you part of this dynamic change.

Never lose faith; never get discouraged. This is a bright time for humanity—a time when ages of encrusted, self-centered distortions and ill-actions are being broken apart. It is a time when light fills the world. Let your personal relationship to the infinite be a source that brings this light into the world. The grace of that infinite one can be felt, can be touched, can be tasted. It is very close now, being brought in by the collective change that is occurring.

Your personal relationship to the core of your being comes as you surrender your beliefs, your ideas, what you have assumed your life is, to the will of that divine being, and let that one guide and move your life. Let that brightness fill you; let that love fill you. Know that you are guided, you are loved, and you are a part of something great, something noble occurring on this planet.